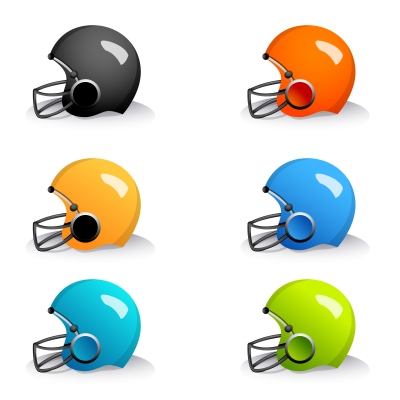 Contact sports are well-known for their aggressive physical contact including everything from tackling in football to checking in ice hockey. Data from a new study suggests that cumulative hits to the head during one season of football or hockey could leave a lasting impact on the brain and cognitive abilities. According to the study, collegiate athletes from contact sports were more likely to score lower on learning and memory tests at the end of the season compared to their test scores at the start of the season. Additionally, those who showed a decline in test scores had more changes in their white matter—a part of the central nervous system responsible for conducting the speed of the nerve signals sent around the brain.
The study found that the athletes who had scores drop greatly, regardless of sport, had many notable changes in their white matter compared to those whose scores did not go down. Dr. Thomas W. McAllister, study author, noted “This group of athletes with different susceptibility to repetitive head impacts raises the question of what underlying factors might account for the changes in learning and memory, and whether those effects are long-term or short-lived.”
Additionally, younger athletes may be at a higher risk of sustaining these brain injuries. According to a report issued in October 2013, college athletes experience an estimated 6.3 concussions per 1,000 athletic exposures (includes all practices and games), whereas high school athletes sustained 11.2 concussions per 1,000 athletic exposures.
Resource:
http://www.cbsnews.com/news/contact-sports-may-put-you-at-higher-risk-of-memory-learning-loss-even-without-concussions/