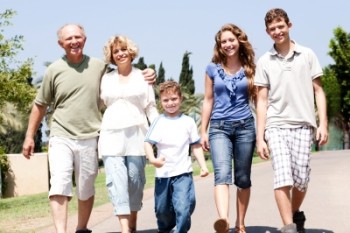 According to a small new study, regular aerobic workouts increase the size of the brain’s memory area in older women and may help slow the progression of dementia. The study included 86 women, ages 70 to 80, who had mild cognitive impairment, which researchers say is a common risk factor for dementia.

The women underwent MRIs to assess the size of their hippocampus, the part of the brain involved in verbal memory and learning. For six months, the women did twice weekly hour-long sessions of either aerobic exercise, such as brisk walking; resistance training such as weights, squats and lunges; or balance and muscle toning exercises. Twenty-nine of the women had their hippocampus size checked again after completing these exercise programs.

The women who did the full six months of aerobic training showed significant enlargement of the hippocampus, but this change did not occur in those from the other groups. Although further research is needed, researchers say that aerobic exercise at the very least seems linked to the cognitive abilities of aging women.

The hippocampus has become the focal point of dementia research since it is the area of the brain involved in verbal memory and learning, but also is very sensitive to the effects of aging.